Impact of increased labour wages on the potato industry 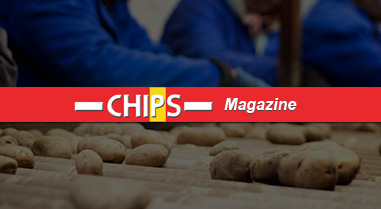 The impact of the increase in wages can be measured in several ways, i.e. profitability, returns on investment (ROI), number of labourers that are dismissed and increased mechanisation. The combined effect of the aforementioned will in the medium to longer run impact on the sustainability of potato production and also on the prices of potatoes in the country. What follows are a synopsis of the analysis done by Potatoes South Africa in terms of the impact of the increase in wages.

There are a number of ways in which the impact of increasing costs on the profitability of agriculture can be measured. This includes, for example measures such as gross and net farm income to measures measuring ROI. The latter is a more appropriate measure since it reflects the ROI in a manner that can be compared with inflation and alternative investment options within a risky environment. Typically ROI should outperform inflation in order for your money to grow in real terms. Potatoes South Africa in collaboration with Bureau for Food and Agricaltural Policy (BFAP) calculated the impact of the increase in wages on the ROI for typical potato farms in the Western Cape and the Eastern Free State (See graphs to the right. Note that the impact of an increase in wages is only measured from 2013 onwards).

The baseline scenario in the case of the Western Cape represents the status quo without any major external shocks in 2013 and indicates the yearly average nominal ROI for the next 6 years at 2.7%. The ROI is down significantly from 2011 due to the significant increase in fuel prices and lower market prices for potatoes.

With the new wage at R105 per day and assuming that no workers are laid off, the ROI will drop to below 3% in 2013 and below 2% for 2014 up to 2016. The results for the Eastern Free State can be interpreted in the same way. Cognisance must be taken that the results indicate the impact on nominal ROI, i.e. at the current inflation rate the impact of an increase in wages will result in a negative real ROI. The situation is aggravated if one includes the effects of fuel and electricity price increases. The aforementioned will affect (i) future investment in potato production, (ii) the ability of smaller potato farmers and especially smallholder farmers to continue to produce potatoes and (iii) increased probability of potato prices to increase due to a decline in supply (fewer hectares planted). Note that in terms of the latter the number hectares could drop by as much as 10% if compared to similar input cost shocks (e.g. sudden increases in fertiliser prices in 2008 resulted in a 11% decline in hectares planted). The result was an increase of 64% in the price of potatoes. It is expected that the current increase in wages will result in a decline in hectares planted of between 8 and 10%. The result could be an expected increase in fresh produce market prices for potatoes of between 30 and 50%.

Cognisance should be taken that the biggest buyers (hawkers) of potatoes on fresh produce markets are those servicing the lower LSM groups. These buyers represent more than 50% of sales on the national fresh produce markets. This is illustrative of the fact that poor consumers will have to absorb a significant increase in potato prices or will have to switch to other food components.

Impact on employment and mechanisation

Currently 690 potato producers’ produce approximately 2.2 million tons of potatoes on just over 50 000 hectares and provide jobs to about 80 000 people. Of these producers more than 50% produce potatoes on 100 hectares or less – these are also the more vulnerable farmers. Bigger farmers have started mechanisation over time to take advantage of economies of scale. The increase in wages will accelerate this process, but in many cases the scale of farmers are too small or the nature of production is of such nature that mass mechanisation is limited (these areas are KwaZulu-Natal and Eastern Free State).

A desk top survey conducted amongst potato producers confirmed that increased mechanisation is one of the strategies that producers will follow to soften the impact of the increase in labour costs. This was reaffirmed by contacting major companies selling potato machinery that indicated they have long waiting lists for machinery that has been ordered. The table below indicates the financial drivers between mechanisation and keeping labourers.

The table shows that a farmer can replace approximately 94 workers with an investment of R1.8 million and pay-off the harvester in 1.8 years. Mechanisation on large scale becomes a viable option on farms where more than 120 hectares of potatoes are planted. Approximately 150 potato producers farm with more than 120 hectares of potatoes. Important to note is that producers indicated that they will be forced to reduce the number of labourers, even if mechanisation is not an option due to the size of the farm. In other words, notwithstanding the potential option to increase mechanisation, producers will shed labour or stop potato farming all together. Based on the desktop survey and the extrapolation of the information received the primary potato industry could experience the following job losses (inclusive of potential mechanisation options):

Mechanisation could amount to between R500 and R600 million and could be repaid in two to three seasons.

A representative from PSP will be in contact with you shortly.
Please continue to browse www.potatoseed.co.za

No data transmission over the Internet can be guaranteed to be 100% secure and therefore Potato Seed Production cannot ensure or warrant the security of any information transmitted to us and therefore you should do so at own risk.

We undertake not to sell, distribute or disclose any information about you or your usage of the site without your consent, unless if permitted to do so by law. Information may include the answers that you may provide on our website when we require you to answer various questions and in turn we send you information that we believe that you might be interested in.

Please note that when we provide links to other sites (not covered by our privacy policy), it is your responsibility to kindly first view their privacy policy before revealing any confidential information about yourself.

We would appreciate if you could please inform us of any information about yourself that may have changed by sending us an e-mail to info@potatoseed.co.za. We may use the information of our services that have been found to be of particular interest to you, unless you specifically request us from doing so.

Your information may be transferred to another company in the event of sale of our company to a third party. In that event, we will endeavour to ensure that your rights in respect of processing such data are protected as far as possible.

If at any time you wish to stop receiving our Newsletter or any other information that you may have requested from us, please send us an e-mail to info@potatoseed.co.za and inform us accordingly.